The North Dakota episode of Skiing States is set for release in November. The film is a short documentary (7-9 minutes) starting with a trip in search of ski terrain, and ends up with discovery of great landscapes that inspired Theodore Roosevelt, and the struggle that still threatens Native American culture and ancestral lands. The visuals are set to the masterful work of local musician Keith Bear.

The first stop was the ski descent of White Butte, the state’s high point. The main route on White Butte was thin on snow.  Better thick snow lines existed on other aspects of the collection of buttes there, however all of these sat on private property. This is a problem that would come back again and again as North Dakota only has 4% of its land as federal public land despite having great wide open spaces.

The next stop was Theodore Roosevelt National Park. This area does have some established skiing at Bully Pulpit Golf Course. The looped trails at the golf course do make a good fallback if the snow conditions aren’t sufficient for wildlands skiing.

THE SEARCH FOR NATURAL SKI LINES:

For actual backcountry skiing there are gullies in the badlands that get filled in. If I had waited a week or so for more snow this would have been good. You only need about 6 inches of hard wind-packed snow to form a good base here if the gully is consistent filled top to bottom. Wind will pile snow into thick cornices after just a few inches and some wind. I didn’t have the time to conduct a full exploration of the canyons, finding the right snow-filled gullies is a fun challenge that requires hiking/skiing miles and chasing clues.

While Killdeer Mountain is not the highest point in North Dakota, it is certainly the most impressive mountain feature. This mountain chain has over 600 vertical feet of skiable terrain and is high enough to catch good snow and clouds which sustain significant forest cover. Private property is again a problem here, only 5% of North Dakota is public land (4% is federal land).

The film covers speaking with Calvin Grinnell (Historian for the THPO, Mandan-Hidatsa-Arikara Nation) about the history of Killdeer. The mountain and the site called Medicine Hole are both important for the Mandan and Hidatsa people. This site is also important for the Sioux Nation. The warriors who defended their lands from General Custer and gold seekers in the Black Hills were chased off their lands by US military forces. They found themselves encamped at Killdeer when colonialist aggressors struck again, scattering the men and murdering Sioux woman and children. The violation of rights continues to this day as colonists still occupy this land, and shut others out from accessing it, while it is inconvenient that public access is closed, it is criminal to block access to the native communities to call this place sacred. Len Necefer in our film talks about this as a common problem across the West.

More than skiing: threats to the great landscape

In the final part of the film we address the elephant in the room: the Bakken oil field impacts on the same landscape. The endless truck traffic on small roads, the frack towers, flames and well pads spread across the landscape are not something I could ignore.

Conservation is an important part of content for Treasured Heights, and here we clearly have a conservation crisis that deserves national attention. So far the highest profile media on the situation comes from John Oliver’s episode on North Dakota which has over 9 million views since it came out in 2015. Hopefully that activist piece has made some difference in improving worker safety and attention to the environmental damage caused by oil, salt water spills and oil sprays. Oliver’s work did not however highlight the beauty of the region and what is at stake. He also did not talk about the fact that the oil boom is a crass attack on Native American ancestral lands.

A game of chance for the rich:

While some oil money does flow to the MHA Nation, the oil fields have mostly made the rich richer through a messy game of roulette. Most mineral rights parcels here have been sold an average of 10 times to prospectors and operators, every square mile is in demand. Ranchers, conservationists and recreational users (hunters, hikers, skiers) are all thrown under the bus to ensure that prospectors and infrastructure guys like the Kochs can rake in billions. Wall Street is intertwined in this game as prospectors have treated our sacred national waters and lands as squares on a roulette wheel.

Great kindness in the north:

I can describe locals of the region as immensely kind. My observation is in line with my relatives writing about the same lands in the 1840s, the spirit of kindness is alive in much of the west. This kindness, patience and humanity is something North Dakotans should be proud of. Since the time of early French explorers, and later, Lewis and Clark local first nation people have been helpful and kind. According to historian Calvin Grinnell, Mandan-Hidatsa people have assisted the earliest fur trappers, and allowed passage of settlers along the Missouri River.

Old west history is sugar-coated in most films, however the reality of colonialist aggression is very real and alive today. In fact the government of North Dakota is fighting with the federal government over who should get oil revenue from Lake Sacagawea: two colonial entities arguing over stealing of mineral resources right in the heart of the MHA Nation lands.

Mandan-Hidatsa land rightfully should include the Badlands, Killdeer Mountain, and lands to the north and south of the current MHA Nation. The loss of land and shrinkage of the reservation area is the typical Western story of deceptive treaties and bold moves by distant Washington politicians and their Wall Street friends. Oil operations that operate outside of the MHA Nation are not obligated to pay the Mandan-Hidatsa people for access to minerals, so the theft of land and resources continues today in its own form.

More on the MHA Nation History >

In addition to this neo-colonialism, I learned of the extent of racism from a source who studied in North Dakota in the last decade. Another local film maker showed me footage from last year of a racist interaction. This is not known across the US but is a serious local problem.  A local Mandan-Hidatsa-Arikara film maker Justin Deegan did some excellent cinematography in his work on this subject in Nuuca, watch below: 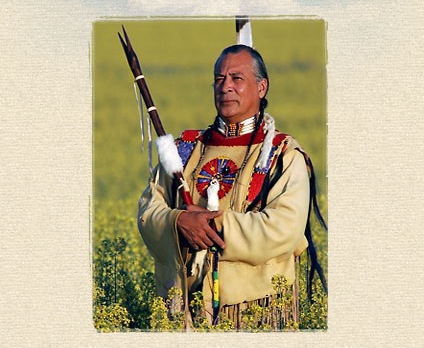 The greatest living musician of the MHA nation has inspired hundreds of thousands through his mastery of the Native American flute and orchestration. His music captures the joy of youth, and love, and also communicates the deep sadness of his personal, and tribal story. Keith Bear speaks and plays for the Mandan-Hidatsa people and carries the tradition of their culture. His work is rooted in the landscape and infinite beauty of North Dakota’s wild landscapes.  His music is used as the bed of this ski film as I try to highlight local music from each part of the country I visit. His music however is more than just that, it instantly connects me to the landscapes I witnessed, landscapes that I cannot truly show through photos.

Who is Keith Bear? – see the interview >

In the face of powerful enemies and the long-haul battle, find recharge and peace through nature. Through hunting, hiking and skiing you can listen and assimilate the energy of nature. Human powered skiing has the potential to not only be that movement, but help you discover places you never knew existed just down the canyon.

Conservation, what you can do:

Also see our Raptors on the High Plains video that came out this month, and talks about raptors you’ll find in North Dakota in winter. 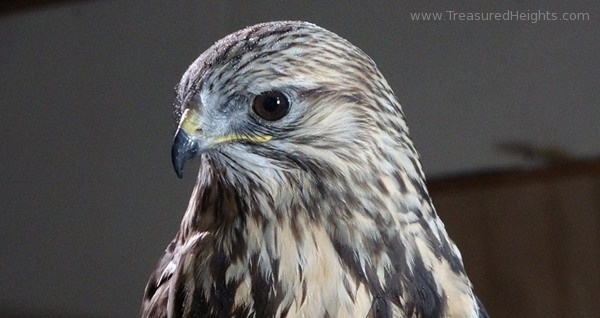 October 2018: Oil refinery to be built only 3 miles from Theodore Roosevelt National Park on track due to corrupt all-Rep. ND panel:

More on Skiing States and skiing the 24 state high points: