Follow Lakota skier Connor Ryan across his homeland in search of backcountry ski potential, and discover the Black Hills ski community. This is the first ever film on backcountry skiing in the Black Hills (aka Paha Sapa) of South Dakota and buttes of Nebraska. This film is part of the Skiing States Series by Mike Whelan. Learn about Natives Outdoors with Len Necefer and discover the beauty of the plains and little-known parks and national forests.

Hear from Black Hills backcountry founders Kevin Forrester and Brent Kertzman who explored the national forest and state forests with early tele and alpine gear. See beautiful footage of nationally unknown parks and landscapes as well as familiar areas like the Mount Rushmore area. This fast-moving journey gives a sample of skiing in the plains and catches a primo powder day in the Black Hills with Brent.

The film uses footage of two trips combined into one story. Earlier trips for Skiing States North Dakota allowed for some footage to be done the year before, and this helped the second trip focus on skiing a bit more. Overall the trips were very short and just touch the surface of terrain.  The film was shot in high definition 1080p and designed for immediate release before we fully enter the 4K era. Future full films for Skiing States will be in 4K resolution.

All the lands covered in this film are Lakota treaty lands granted to the Lakota people legally through multiple treaties. These treaties were later violated by the US government to allow Wall Street investors of the time to develop gold mining as well as seize arable lands. In modern times uranium mining and oil development effect these lands while revenue is not shared with the rightful owners. The Lakota people were pushed out to the barren expanses of the Pine Ridge, Standing Rock, Cheyenne River reservations. 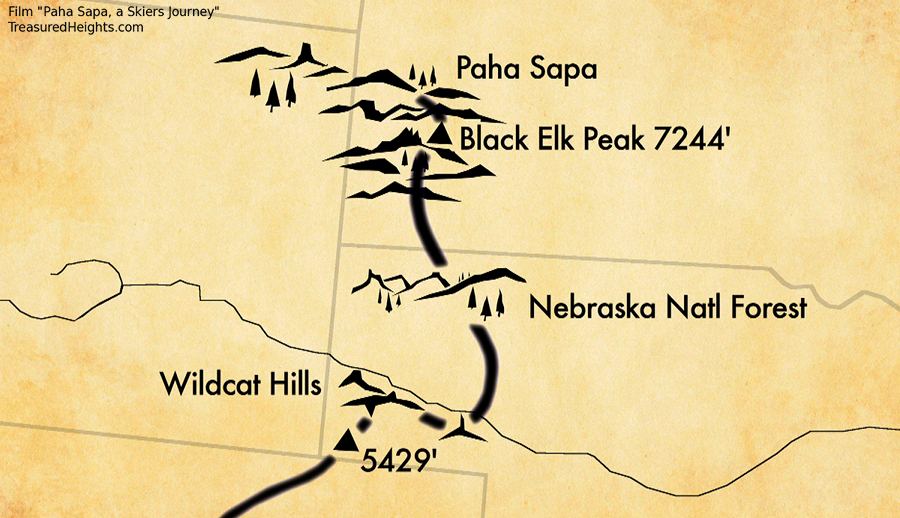 Visions of peacefully reuniting the legal treaty land and welcoming non-natives were envisioned through the relatively recent idea of the Republic of Lakotah. Much of the treaty land is now federal national forest/grass land or state parks, where there is still hope to preserve tribal lands from further exploitation. Currently Japan and China’s demand for uranium is driving the continued mining and contamination of the Black Hills region. Hikers, skiers, snowmobilers and others who love this land, survive off of tourism and drink the groundwater have worked with natives against further exploitation at times. Connor briefly touches on this idea of native and non-native cooperation in the film. The film is mostly focused on the search for good skiing over environmental issues, however I have explained the background here.

Locations you can visit:

Premiere of the film: 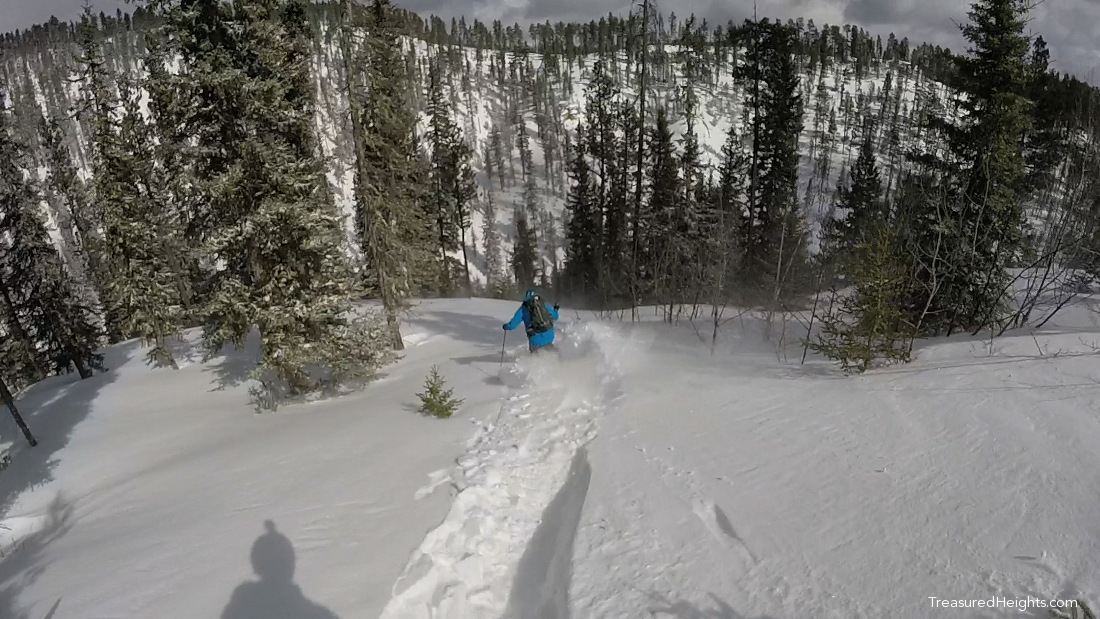