There is always room for learning more

In the television business it was our job to go out into the community and work on a changing variety of subjects and locations. The most important thing was how it would get us into corners of our community that we lived near our whole life, but never explored, and talked to people we never would have met. Just a few years working in one geographic location in media gave us a more well-rounded view of that region than most of the people I’d known who’d lived there for 70 years. This was because when given a choice we humans tend to repeat the same patterns. We drive the same way to work almost every time, we identify with similar types of people as ourselves and we associate with people in similar industries. While it is through patterns supported by developed neural networks that the human brain can operate efficiently, it is also patterns that cause us to not see what is right in front of us.

In this series we cover blocks of wilderness and blank spots on the map which have interesting topography and in some cases great skiing. Some areas are in your state and you never heard of those places. Let standard ski media pump the stoke for the cliché spots, we’ll let you know about other places, because we put nature, solitude and skiing above hype.

As Glen Plake said, “Skiing, whether you’re in Wisconsin or the Alps, is a dumbass hick country sport that takes place in the middle of winter on a mountain at the end of a dirt road”.  There is no guarantee that we will find great snow and turns on each adventure, many times all we find is beautiful places. Sometimes you have to go there and see first, because no other skier has bothered yet. For professors they say that for every hour you lecture, you should have done 4 hours of research. Consider some journeys here just the “research” in odd places.

The US is a massive country compared to most nations in the world, and it contains incredible parks and public lands in every state. The United States borrowed and improved many ideas from around the world over the years, but the idea of National Parks, for the people, completely protected from all forms of extraction is something unique. There are many other types of classifications for management of public lands, and most of our series covers skiing on public lands which are subject to threat from extraction industries. The Bears Ears National Monument is one area in the headlines these last two years. As you will learn in the series order to keep public lands public a balance had to be created to manage the 139 million acres of federal land in the west. The back and forth of conservationists and local/regional short-term profit makers was always going on, and it goes on today, along with the subjugation of Native Americans. It is the role of skiers, hunters, fisherman, hikers and others to defend most public lands from irreversible destruction so that the wasting away of western lands can be frozen in place, as already so much damage has been already been done. 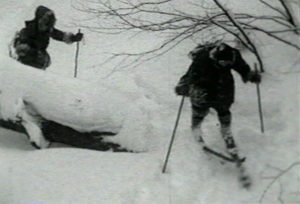 While the skiing media is typically focused on sponsored content from Cugach heli operations and resorts, the root of skiing is neglected in most productions. The roots of skiing involved transportation, and later the enjoyment of travel across wild winter lands. Since ancient times people respected mountains and treasured their experiences while hunting, doing forestry or delivering the mail on skis. Since ancient times we’ve transformed skiing, at first into a simple thrill riding downhill, and in the early 20th century Austrians created ski mountaineering by blending new mountaineering technique and equipment with skis and new more precise techniques to control skis. In this series we take a hybrid of both modern and ancient skiing to explore great lands from the snowy reaches of the northern plains to the gnarliest high points. We hope that you discover beautiful new places with us. 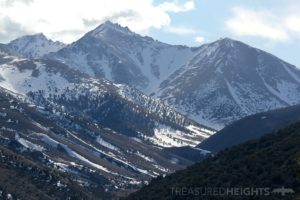