Michigan’s potential for backcountry skiing is largely untapped. The region has been overlooked by many on the East and West Coasts, so locals are lucky to have some great skiing and solitude.

While the vertical in the midwest is almost always under 1000′, you get solitude and a type of community that can’t be found in most popular bc skiing regions. Finding the steep and deep is not straight forward as the population density is surprisingly low and many roads are shut down in the winter. To add to that you’ll find little beta online about where to ski. Which is fine with me. Use a map and go explore, the spoon-fed information you get on Colorado or New Hampshire ski lines tends to contribute to the loss of creativity and exploration found in the modern bc skiing community. Michigan is a place where you can craft your own adventure, all it takes is skis, and maybe some help from a snowmobile to knock off the long flat approaches.

T’was a cold January a few years ago when I took to the land of great lakes to find myself some short steep lines and powder, along with the highest peak of the state of Michigan. Part of the Skiing States highpoints project involved detailed study of snowfall maps across the nation. Lake effect snow on the north shores of the U.P. of Michigan seemed to be the real bright spot of the Midwest. While Minnesota had the best mountains – blocky steep peaks of taconite, it seemed Michigan had the best snow + mountains combo. 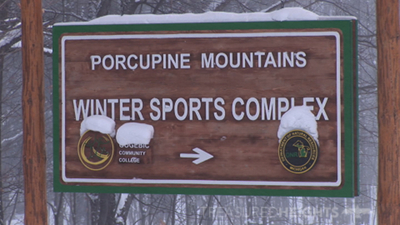 The Porkies:
These little bald ridges get short steep skiing and the highest snowfall in Michigan. The region has its own hut system and has had backcountry skiing since the 1930s. Today its got a winter sports complex with a lift that most people are aware of. To access backcountry skiing you have to go some miles on the closed road to access the good lines.

Big snow off the big lake:
It’s common to get 300” winters in the peaks here, that is a snowfall equivalent to much of Colorado or Vermont. When I went there It was a good season so far and I drove on long tiring snow-covered roads across the state dreaming of cutting some powder turns in the chutes near the balds of the peaks. Driving along the lakeshore was intense, crazy snow and ice blew across the tiny road.

When I arrived close to the ski area I sadly discovered that the road was closed, making the approach too long to be practical for the limited time I had. The weather was also quite dreadful. I know there used to be a core group of telemark skiers who would hit the Porcupine Mountains I heard that group disbanded, too bad. If I lived in Chicago or Wisconsin I’d definitely be getting up to the Porcupine mountains on some of my weekend trips. Most of the skiing in the area is centered around the ski area next to the wilderness. Ski runs take you down to the lake with over 600 vertical feet. It’s totally possible do a tour and then finish the day with runs at the ski area to get in a full day.

There is a lot of potential here, vertical ranges about 600′ and you can find steeps too. Some of the steeper faces do get cliffed out and much of the range is super thick with undergrowth. If a non-profit similar to Superior Highland Backcountry in Minnesota were formed to get lines trimmed here it could be pretty awesome and fun enough for standard level backcountry skiers. You can google the Huron Mountains and find some aerial photos that really show some great potential.

Mount Arvon is Michigan’s highest point above sea level but is not nearly the most dramatic. It is not directly connected to the rest of the Huron Mountains. It’s wild which is nice (far from plowed roads and any structures), however it has only about 200′ vert on the north side of a decent angle. Still it makes a nice xc ski day if you want to log in 10-12 miles. You can see the full SKIING STATES report on doing Michigan’s highest here.

A map of the main part of the Hurons: 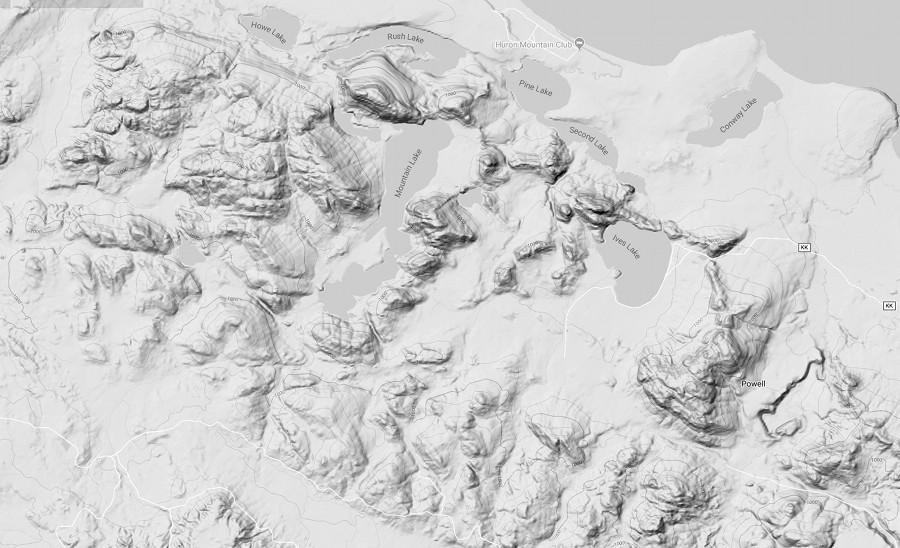 The Keweenaw Peninsula is known for skiing. Mount Bohemia, a ski area, is located at the end of the peninsula while Mont Ripley Ski area serves the college town of Houghton. Bohemia is a resort which has Voodoo Mountain which is a cat skiing operation. While it’s not true backcountry, it is a great way to edge yourself from a resort skier into the backcountry by dealing with 3d snow and trees. Near Bohemia there are the steep bald ridges and cliffs of the peaks around Copper Harbor. It’s got great mountain biking, but if you want to practice your steep skiing skills you can also negotiate the steep lines there.

Between the Keweenaw Peninsula and the Porcupines you have steep skiing along the banks of the Ontonagon River. I think there is potential there for a certain type of ravine skiing that I used to do. Skiing small canyons with 100-300′ can be really fun and exhilarating with cool features like shale towers and river-eroded rock things.

This is a rare formation of sand 400′ high in the Mitten part of Michigan. It is possibly the spot most prone to avalanche as it is totally open and would dump a skier into the lake. It also could be super cool to ski after deep snow, so be avy saavy. Its skied occasionally by backcountry skiers. The area already is known for cross-country skiing. Winds often scour off the snow here so scope out your lines first.

The SKIING STATES episode of Michigan is still under construction.

Check out the full episode of Skiing States Minnesota: 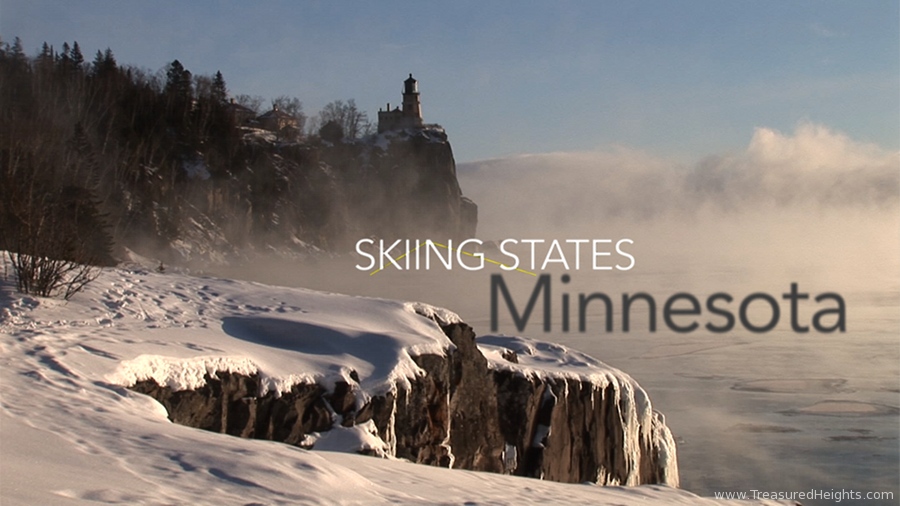 Skiing the 24 high points of America >